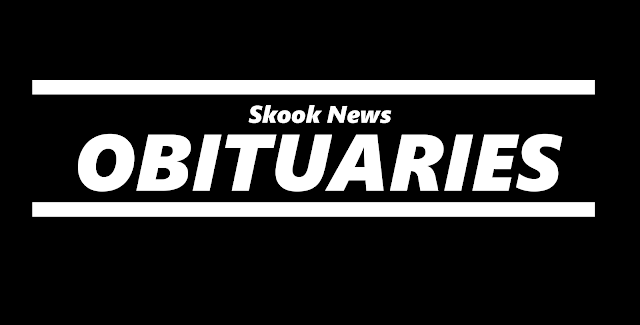 He was the beloved husband of Beverley Barton Knoebel and they were married for sixty-one years. He was the son of The Rev. and Mrs. Arthur D. Knoebel.
He was born in Columbia, Pennsylvania, and spent his earlier years in Berwick, Pennsylvania, where his dad was pastor of First Reformed Church, and his later formative years in Tamaqua, Pennsylvania where his dad was pastor of St. John’s Reformed Church, now the United Church of Christ. He is a graduate of Tamaqua High School and received the award of the American Legion and was a “Top Ten” honor student. He then went to and graduated from Franklin and Marshall College where he was inducted into Phi Alpha Theta, an academic honor society in history; Pi Gamma Mu, the oldest and preeminent interdisciplinary social science honor society founded in 1924; the Nevonian Society (50th anniversary of graduation from F & M honoring life achievements of it members who have given life to the college’s mission); and the William A. Schnader Society (individuals who have demonstrated a special commitment to F & M through gift planning).
After graduation he entered Lancaster Theological Seminary and studied for the ministry receiving his Bachelor of Divinity degree which was later converted to a Master of Divinity degree and continued his graduate study at the seminary receiving the Master of Sacred Theology degree. His first pastorate of eight years was at Niantic Union church where the Reformed congregation left the union church and built a new church in the Barto area called Calvary United Church of Christ. The second pastorate was at St. John’s United Church of Christ, Emmaus, where he was the senior pastor for sixteen years. His third pastorate encompassed four churches named the Mahoning Charge which included Zion’s Stone Church of Snyders, Ben Salem Church of Andreas, St. Peter’s Church at Mantzville and St. John’s Church at New Mahoning. All four churches were union churches when he came there to serve this charge. Zion and St. Peter’s then became federated churches, Ben Salem became United Church of Christ, and St. John’s became Lutheran. At the regional and national levels of the United Church of Christ, he served in many areas. He was the Penn Northeast Conference secretary and at the national level he served on the Board for World Ministries and was a delegate to General Synod. He was a trustee of Cedar Crest College in Allentown for several years. He and his wife, Beverley, received two sabbaticals. The first one involved a trip with The Eden Theological Seminary to Switzerland, West Germany, and The German Democratic Republic (East Germany) in 1975 to study the works and theology of Ulrich Zwingli, John Calvin, and Martin Luther. The second one was a trip with the Hartford Theological Seminary to study theology at Mansfield College, Oxford University. They also received a Kellogg grant for three summers to study theology at Michigan State University. He worked very hard in all his endeavors and accomplished a great deal in all his efforts.
Well done, thou good and faithful servant!
Survivors include his wife, Beverley; his brother, Charles; and his niece, Ruth Buck.
Services will be held at 1 PM on Wednesday, January 25, 2023, in the Chapel at Lancaster Theological Seminary, 555 West James Street, Lancaster, PA with The Rev. Stephen Emick officiating.
Calling hours will be held in Zion Stone Church, West Penn, 45 Cemetery Road, New Ringgold, PA from 5-8 PM on Tuesday, January 24, 2023. Interment in Odd Fellows Cemetery, 503 West Broad Street, Tamaqua will take place at 1 PM on Thursday, January 26, 2023.
Memorials in Pastor Knoebel’s name may be made to the David and Beverly Knoebel Scholar Fund at the Lancaster Theological Seminary, 555 West James Street, Lancaster, PA 17603.
Arrangements are being handled by the Zizelmann-Gulla Funeral Home and Cremation Services, Inc., Tamaqua.
t

Trending streaming, TV, Movies and pop culture news, features and moreJames Charles is one of YouTube’s most popular makeup moguls, with over 15 million...