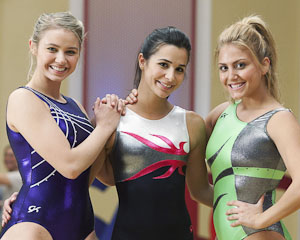 ABC Family’s Make It or Break It vaults into its long-awaited third season tonight (9/8c), but will anyone recognize it? The gymnastics drama underwent a major facelift during its lengthy hiatus, one that featured the departure of several fan favorites as well as the arrival of a handful of fresh faces. In the following Q&A, leading lady Josie Loren (pictured, center) gives TVLine an overview of MIOBI 2.0 and previews Kaylie’s love life, a surprising new friendship for two of the competing girls and more!
Pretty Little Liars Boss Talks Outing ‘A’, Who Really Killed Alison and Whether [Spoiler] Is Dead

TVLINE | It’s taken so long to find out not just when the show would be back.
Oh, you’re telling me! [Laughs] Believe me, we know! It took forever.

TVLINE | Did you ever have a moment where you thought, “We’re not coming back. That was it”?
Oh, absolutely. Actually, when they called to tell me that it had been picked up, I had almost forgotten that that was still on the table. People ask me, “How’d you react when you found out it was picked up?” Honestly, I was shocked and a little surprised. I’m like, “Really? That’s still going on?”
TVLINE | What was the hold up?
I think a lot of it had to do with ABC Family [getting] a new president [Michael Riley succeeded Paul Lee as president in August 2010]. Last year, for pilot season, they picked up a lot of new pilots. They were trying new things with the network. So they wanted to see how those new shows were going to do. Once some of them didn’t do as well as expected, that’s when they picked us up again. They had us on the backburner there for a while.
TVLINE | There have been a lot of changes between seasons. Obviously, Emily [played by Chelsea Hobbs] is gone. And they have to write out Josh Bowman somehow because he’s on Revenge now.
Oh yeah, we take care of that in the first episode. [Laughs]
TVLINE | Does it feel like a new show to you?
Absolutely. I feel like Make It or Break It got a makeover in every sense of the word. We’re in a different place. It doesn’t take place at The Rock anymore. The national team is now fighting for their spots on the Olympic team. … So it takes place at the U.S. training center, [which] is not only for gymnastics. It’s for every Olympic sport. So you have an abundance of new characters – wrestlers, volleyball players, BMK riders, swimmers, all sorts of really cool stuff. It’s kind of like Make It or Break It goes to college because we all stay in the dorms. … With that comes a lot of new characters, a lot of new storylines. It’s great. … I think people are really going to love the changes that we made. I think it makes for a much better show. 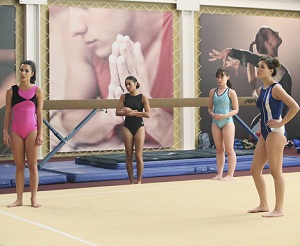 TVLINE | Can you talk about some of the new characters and the dynamics with them?
There’s three new characters – the new coach and two new girls. The [new] coach [played by Dondre Whitfield] is a stark contrast to [old coach] Sasha. … He doesn’t play games. He’s not there to hold your hand through it all. If you don’t have your stuff together, then you’re out. It’s kind of nice because it’s the reality of the sport, especially when you get to that level. [One of the new girls] plays the bad girl that we never had. Lauren Tanner was a bad girl, but Jordan [Chelsea Tavares] is a lot more of a rebel. She’s very independent. She’s very much her own person. She doesn’t care what anybody thinks. She’s going to do her thing, and she has a specific way she’s going to do it. She’s not going to let anybody tell her otherwise. She definitely adds a lot of conflict this season. The other girl [Amanda Leighton], she has some great storylines. She’s unlike any other character we’ve seen. She’s definitely going to come out with a lot of surprises. She’s a really bubbly, annoying kind of character. And she’s hilarious. Honestly, she’s really, really funny. She’s kind of the comedic relief of it all.
Pretty Little Liars‘ ‘A’ Talks Big Reveal, Her Team of Helpers and Upcoming Time Jump
TVLINE | Kaylie has a lot on her plate. What’s the biggest challenge for her in the new season?
For the first time ever, Kaylie feels like a third wheel because Lauren and Payson actually end up developing a really strong relationship. So her biggest thing this season is dealing with that isolation, which is really hard because she’s never been in that position. … And then towards the end… Kaylie is the rock for everyone. She’s there for everyone. And she’s been through so much. It makes her a lot more mature than all the other girls. She’s like the voice of reason. It comes to a point where she just breaks. Things happen, and she’s treated unfairly, and she breaks. She becomes really, really overwhelmed with everything.

TVLINE | Is the eating disorder going to continue to haunt her as she heads towards the Olympics?
It’s a life-long battle. It’s definitely mentioned a couple times throughout the season, and she talks about it, but it’s one of those things that it’s under control. Although she’s still challenged by it, she has really grown and become a different person. It doesn’t rule her life like it used to. But you still see her writing in her journal like she’s supposed to and talking about it with other characters. 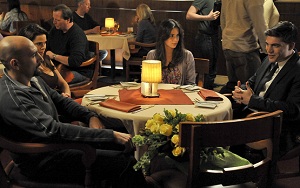 TVLINE | And how are things going on the relationship front with Austin?
[Laughs] Great, kind of. You’ll have to see… It’s really nice to do that because Kaylie hasn’t had a boyfriend for so long. It’s nice to give her that breath of fresh air. You see the joy that she obviously takes in being with Austin. She’s just really happy, and she deserves it. I think it’s great that Make It or Break It took Austin and Kaylie to the next level because [the show features] a lot of toxic relationships like Lauren and Carter…. But with Austin and Kaylie, they use us as the model for a perfect relationship. Like it should be about trusting each other and supporting each other and working together. It was nice to be able to play that and to show teenagers, especially teenage girls, what you should expect from a relationship.
TVLINE | So Austin’s being a good boy? He doesn’t need to be reigned in?
Well… We all have our moments, let’s put it that way. [Laughs]
TVLINE | Are you sick of the leotards yet?
Oh my God, I was sick of them after Season 1! Yeah, we hate it. There’s no way to sugarcoat it. It’s part of our job, so you do it. You’re lucky to have a job, so you do it gladly. But it sucks! It totally sucks. 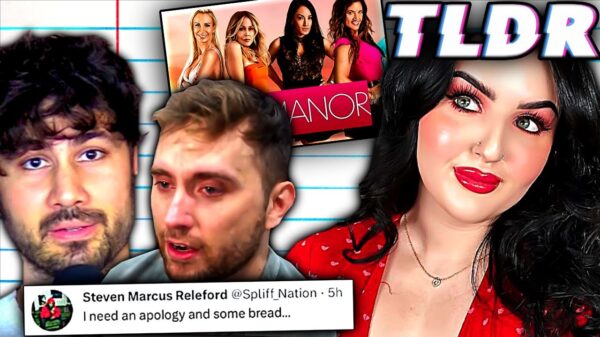