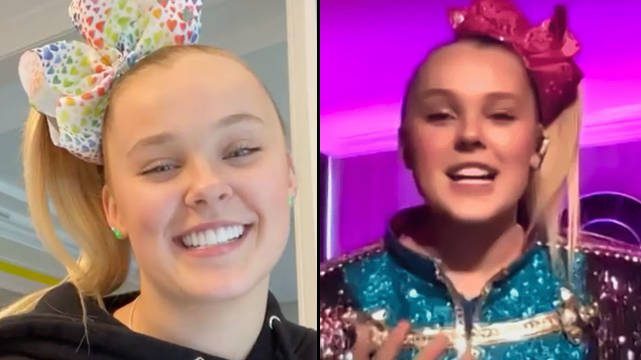 “I do have the most amazing, wonderful, perfect, most beautiful girlfriend in the whole world.”

Icon, legend and superstar JoJo Siwa came out to her fans as a member of the LGBTQ+ community back in January, and now she’s opening up about how her girlfriend inspired her to do it.

A few weeks ago, JoJo seemingly appeared to confirm her sexuality in two TikToks. Shortly after they went viral, JoJo confirmed her exciting news with a picture of herself wearing a “Best Gay Cousin Ever” t-shirt. Fans and followers flocked to JoJo’s comment section to congratulate her, with many also praising her for being an incredible role model to young LGBTQ+ fans all over the world.

Now, in a new interview with Jimmy Fallon, she opened up about the whole thing and explained the adorable reason why it was her girlfriend who was influential in giving her the confidence to come out publicly.

READ MORE: JoJo Siwa was “swatted” after paparazzi called the police to her house

Speaking to Fallon on The Tonight Show, JoJo talked…

These are the vices New Jersey residents are trying to quit – New Jersey 101.5 FM

The beginning of the year is the time when people want a clean slate, putting behind them some of the problematic behaviors they’ve indulged...