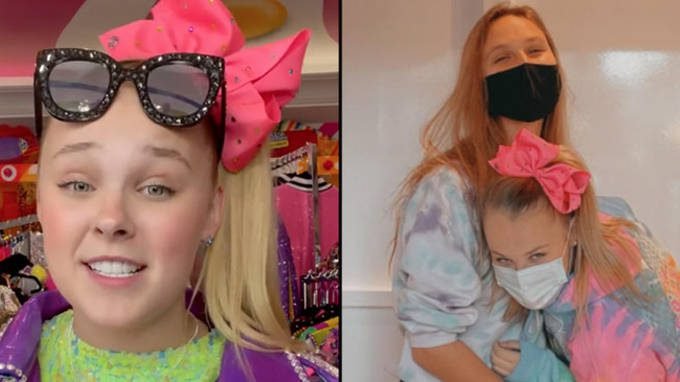 JoJo and Kylie are too cute for words.

JoJo Siwa has introduced the world to her new girlfriend Kylie in the most adorable way possible.

Last month, JoJo announced she was a member of the LGBTQ+ community. The singer and YouTuber also revealed that she had a girlfriend who encouraged her to come out, however, JoJo didn’t reveal her identity. Speaking to Jimmy Fallon on The Tonight Show, she said: “I do have the most amazing, wonderful, perfect, most beautiful girlfriend in the whole world. It’s not something I’m ashamed of. I just haven’t shown the internet yet.”

Well, now JoJo has officially introduced Kylie to the internet. On Monday (Feb 8), JoJo shared a series of photos with her girlfriend, revealing her name is Kylie, on Instagram in celebration of their one-month anniversary. Aww.

READ MORE: JoJo Siwa says her girlfriend inspired her to come out to fans

The pictures included a fun-filled trip to Disneyland and a video of JoJo and Kylie singing in the car. Alongside the images, JoJo wrote…