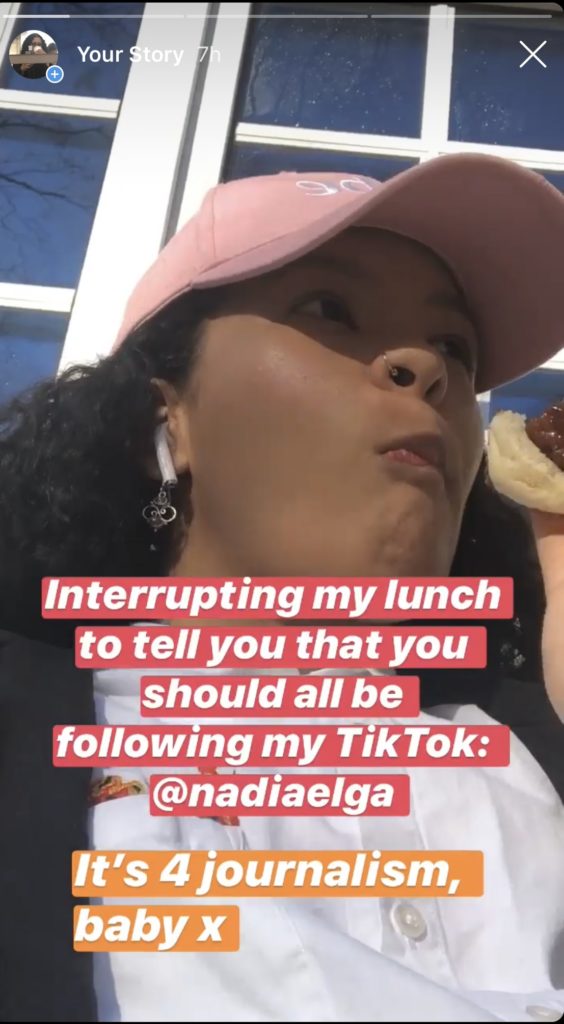 End of day stats: 239 followers and 6173 likes
Looking back on it, the fifth day of my TikTok challenge was, without a doubt, the most important. And that’s because it was the day I found the TikTok Pro option.

It turns out, going TikTok Pro opens up a whole world of beautiful analytics on your account. Suddenly, I had graphs detailing my video views, profile views and followers. What’s more, I could see the distribution of my followers by gender and territory, as well as knowing what time they’re most active.
Obviously, this was a complete game-changer. Now, instead of throwing a load of content at the wall and seeing what sticks, I could be strategic. I filmed during the day, popped my videos into drafts, and then posted them at peak times. Easy peasy, give me followers please-y.
Sweet dreams, beloved x pic.twitter.com/cuJSCcMlKv
— nadia_tiktok (@TiktokNadia) April 13, 2020
End of day stats: 275 followers and 8695 likes
When I first started this challenge, I never expected any of my videos to go viral. I mean, I wished they would – It just didn’t seem like a totally realistic strategy… until it happened.
It was one of my TikToks from the second day, when I doubled my content. I couldn’t have spent more than five-minutes filming, and totally forgot about it as soon as I hit post. One minute, it had a few hundred views. The next, a few thousand. And then, practically overnight, it was sitting on 78.6K views with 9,000 likes and 120 comments.
At first, I thought my app must have been bugging. I put way more effort into my other posts – this one was just there to beef up the numbers. And then I got it: TikTok isn’t always about quality. I mean, it helps, but if you want to go viral, you’ve got to hook your audience. That means getting your point across, fast. And that’s exactly what this TikTok did. It was only eight seconds long, capitalised on the established popularity/nostalgia of the Hunger Games and was, like, really funny. Turns out that that’s a winning combination.
Rue could have won and you can’t change my mind 😌 pic.twitter.com/3CSVuoomRo
— nadia_tiktok (@TiktokNadia) April 13, 2020
End of day stats: 352 followers and 15.8K likes
Unfortunately, even with the unexpected boost of my viral video, I am still waiting to reach 1,000 followers. But, despite that sad news, the question remains: Is it possible to get TikTok famous in one week?
And honestly? I still think the answer is yes. Whilst it wasn’t my time to embrace TikTok fame and jet off to LA, it could still be yours. The key is in your strategy. If I’ve learnt anything, it’s that straight-up copying big stars, like Charli D’Amelio, will get you nowhere. No one cares if you’ve got the choreography to “Savage” on lock – I promise you. It’s all about delivering short, sweet content literally anyone can consume.
Once you’ve got that down, you’ve just got to figure out when your followers are most active, be smart with your hashtags, and smash that post button. As for my account? I’ll definitely keep it going. There’s nothing like the endorphin rush when your post climbs above 1,000 views. And sure, maybe my screen-time will never be the same, but what’s a couple sleepless nights for 15 minutes of TikTok fame? 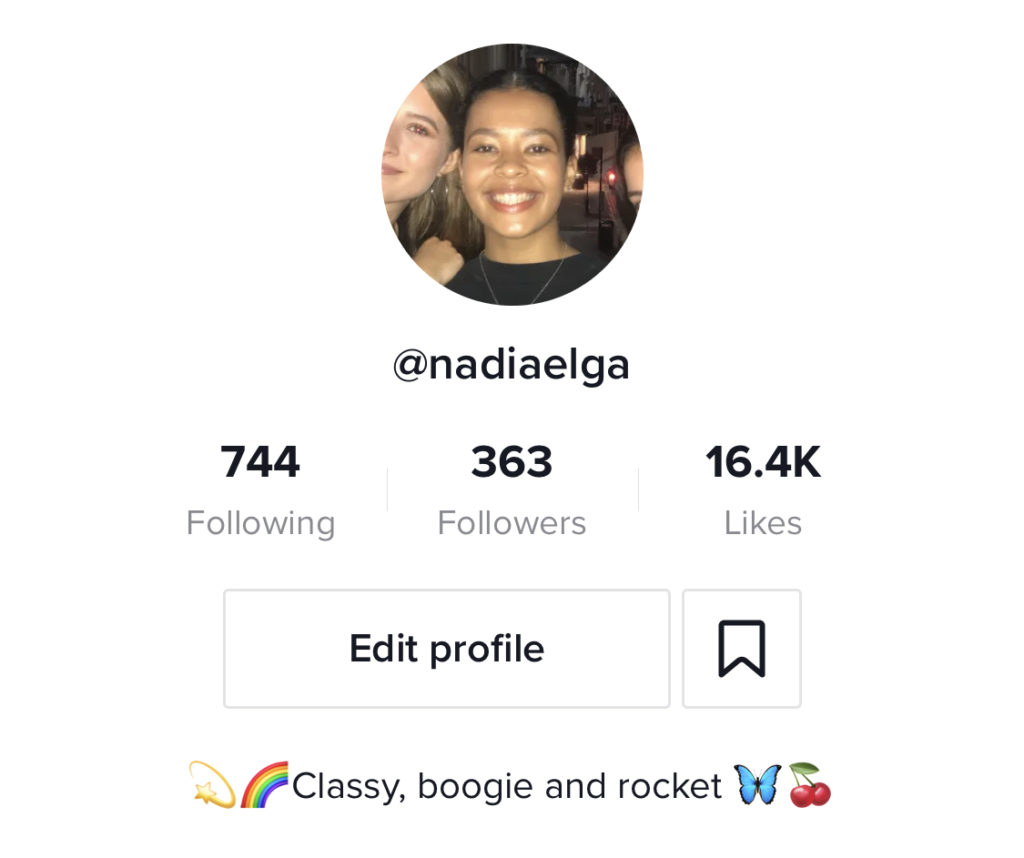 Final stats: 363 followers and 16.4K likes
• How to get on the TikTok for you page: A step-by-step guide
• Are you a TikTok pro? Get 7/10 on this TikTok trivia quiz to prove it
• The very real beef behind the ‘This is for Rachel’ TikTok meme
Follow the Holy Church of TikTok for all things TikTok
Apologies in advance if you get Will Schuester x
Zara has hacked the system
People are so weird
The grind never stops!!
This sound can put a London posho into a coma
One Jewish student was hit with a rubber bat when returning to their uni accommodation
Liam Hemsworth is the Jake Gyllenhaal of 2023
‘The Hype House is going to end up in court’
Shaq and Harris’ beef suddenly makes sense now
In previous seasons Islanders have been removed from the villa after getting violent
‘The police need to understand we are not going to accept it anymore’
She said it’s ‘so cool’ getting paid to do what she enjoys
Another impossible watch from Lord Sugar
Getting Andrew Tate sent to jail was just one of many slays x
I can’t believe this was a real thing
And yet they’re in the villa pretending they’ve never met?
Paige was a paramedic before entering the villa in 2022
Two women from the show have faced the same issue when just walking their dogs
I can’t watch the show in the same way ever again
Hayley Cropper’s red coat? Priceless
I’m weeping
Tasha Ghouri is already begging her dad to take part

Trending streaming, TV, Movies and pop culture news, features and moreJames Charles is one of YouTube’s most popular makeup moguls, with over 15 million...